Nuefy is a talented singer and creative songwriter who is dedicated to Jesus and spreading the gospel with his impeccable voice.

Over the years, he has released written and released several exemplary tracks including the much-lauded “Isogbolamo” and hit single “Gongon”

In 2018, he released timeless gospel track “The Promise Keeper”, which added to his already budding reputation as a musical genius.

His huge projects have pushed him to perform with award-winning gospel music stars like Dunsin Oyekan and Chris Morgan.

He has also been blessed to share the stage with many world-class musicians, including the highly-renowned Tye Tribbett and worship leader Timothy Reddick.

Neufy officially releases his new single “JIGIDEM”. This stunning new music is an everyday prayer, a song of consecration and strength for life’s journey here on earth. 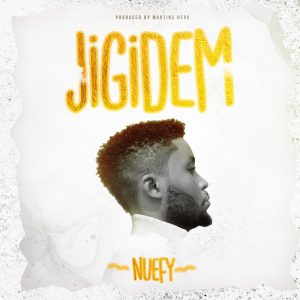 The melodic instrumental of this song combined with the exceptional voice makes it the perfect tool to uplift your spirit.

Nuefy’s effort in the music industry has earned him accolades which include nominations by Choral Awards as Abuja’s Best Male Vocalist and Most Promising Artist of the Year.

He has also received a nomination as Nigeria’s Most Outstanding Youth as he continues to set a path for others to follow.

As Nuefy continues to make strides with his music, his voice is one to look out for in this generation.